My PhD thesis was achieved at the Department of Science Teaching at the Weizmann Institute of Science, where I also received a teaching certificate in high-school biology. Following that I moved to Michigan, USA to conduct a post-doc research at CREATE for STEM Institute at Michigan State University. Currently I am a research associate at the Biology Didactics Department at Freie University in Berlin, Germany.

I was also a middle school science teacher and a program director at the Davidson Institute for Science Education. 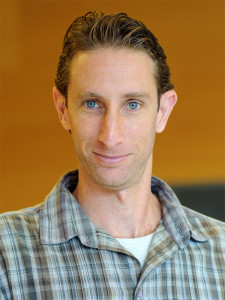 Critical Thinking: Exploring a biased world
In this interactive presentation we will get to know the fascinating, weird and surprising world of cognitive biases. We will experience several illusions and biases and learn how these 'bugs' in our brain, our operational system, can influence processes of decision making in daily life situations. We will discuss these mechanisms and understand how we can be more aware of them.
Science history: Jewish Chemists in the midst of world wars
his is the amazing story of two brilliant Jewish chemists, Chaim Weizmann and Fritz Haber, who found themselves on opposite sides during WWI. One of them became the leader of the Jewish people and established the state of Israel, while the other became a homeless refugee, a tragic victim who was forced to escape the country he loyally served his entire life. In this presentation we will discover the special relationship between these two chemists and the heroic and tragic role they played in the highest turmoil times of the previous century.
Science literacy for future citizens
What is the difference between traditional teaching and inquiry-based teaching? What is authentic science teaching and learning? How can we incorporate the practices of inquiry, critical thinking and active learning in the students' everyday life? And how does the science education field adjust to the fast-changing modern world?
Science and pseudo-science: Investigating the test of Astrology
The world around us is full of reliable scientific information, alongside with pseudo-scientific beliefs. Can we always tell the difference between them? More specifically, does Astronomy stand in the test of scientific validity? Can the position of the stars in the sky predict our future and personality?
Scientific literacy: Thinking about critical thinking
One of the core concepts of scientific literacy is the ability to logically and critically evaluate scientific knowledge. The overload of information available in modern communication channels presents a challenge to the learner, who is required to ask the correct questions, choose the appropriate sources, and evaluate the given data.
?Senses and illusions: Seeing is believing
Our brain encompasses several amazing 'programming bugs' that occasionally tricks our sensual perception. What are the evolutionary advantages of these bugs? How are the different senses connected in our brain? And can we identify these illusions and avoid mistakes?
Scientific literacy: Questions in the lab and in the daily life
"The problem with school science is that we are given uninteresting answers to questions we have never asked". This sentence, said by a student in school, raises several questions: How can we teach science in a way that will provoke the students' curiosity and interest? What makes a good research question? And why asking the question is as important as finding the answer?
קודם
הבא